The Official Website of one of Australia’s Largest and Most Active Online Hiking Group  (over 56K members!) 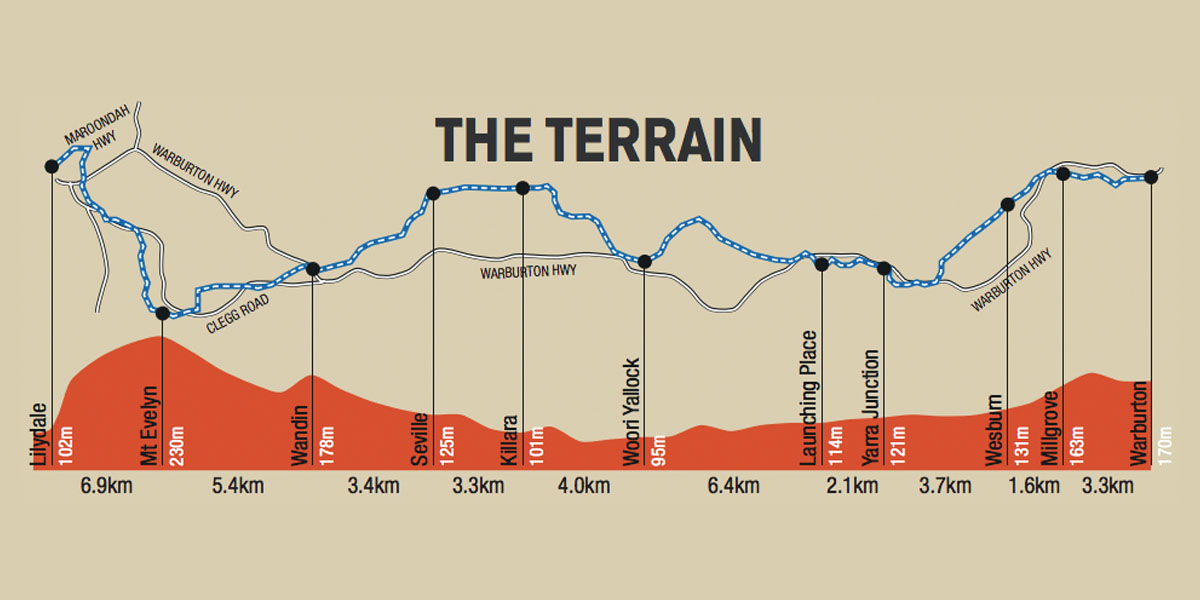 I walked it in two sections in December 2019. I had just finished up with a big project at work, had the Christmas rush ahead of me and just around the corner, and I needed a day of kilometres and meditation. I needed something where I could establish a rhythm. Something which allowed me to drift off, deep in thought (or nothingness), without falling off a bluff. I contemplated a section of the Great Victorian Rail Trail which I had done in its entirety by bike a few years ago, but hoped for something a bit closer and accessible by public transport.

The first section I tramped that meditative Thursday was from Warburton to Seville. I caught the Lilydale train to Lilydale Station and got the 683 bus all the way to Warburton. I left Melbourne CBD at 7:55am and arrived in Warburton at 9:51am. A quick stop off at the bakery for ‘breakfast’ (a pepper steak pie is a fine breakfast, right) and I was on the track just after 10am. 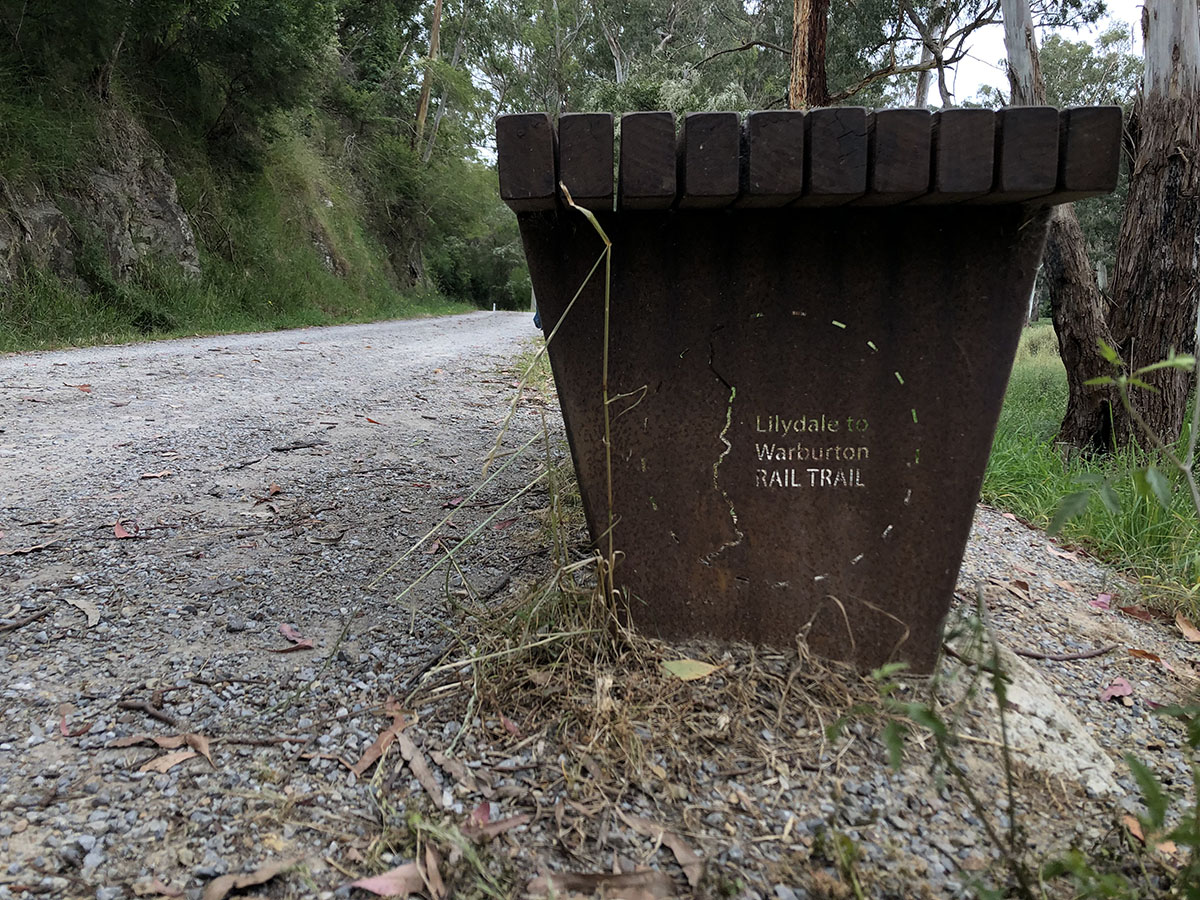 I did intend to do the entire track that day—all 40km of it—but as I approached Seville my body had other ideas. The challenge with long walks like this, especially where the track track is flat and wide is the repetition of the muscles and joints. My feet and ankles were utterly done as I walked up alongside the Carriage Cafe at Seville.

Many in the group commented when I told them what I was planning to do that the thought of a rail trail like this wasn’t their cup of tea. The scenery too boring and repetitive. There is merit in this. The Warburton Rail Trail doesn’t offer the lush sub-temperate forest of further up in the Dandenong Ranges, or the beautiful tall mountain ash that you find further north, but it offered enough for me. The beauty of passing through an environment like this so slowly—where you might be surrounded by the same landscape for tens of kilometres—is that you can appreciate it more fully. Your relationship with it is less fleeting as it is as you climb through the forest toward that rugged mountain peak. Your forced to take it in over time. Or not. If you want to zone it out and just breathe it in that’s completely legitimate too.

Pick your own adventure, really.

Most maps and guides have you starting in Lilydale and heading towards Warburton. This is especially logical if you’ve arrived in Lilydale on the train. Why not follow what was an extension of the Melbourne to Lilydale line all the way to its terminus? Also, heading in this direction will have the Yarra Ranges gradually unfold before you. A beautiful view.

Conversely, starting in Warburton and heading towards Lilydale is completely legit. And it’s more downhill this way. One of the reasons why I chose to do it in this direction. Meditation, remember?

You can pretty much start or finish the Warburton Rail Trail anywhere along its length, so don’t feel limited to the above options.

The Lilydale to Warburton Rail Trail would make a great little two day walk, with a night in some trail-side accomodation along the way.

Best Time of Year to Walk

This is the sort of walk, or cycle, or horse ride, that you can do year round. Perhaps avoid warmer summer days as the trail is exposed in many places. I walked it in mild, summer conditions and it was a treat.

How to Get to the Trail

If you’re going to walk the thing in one go you can drive to Lilydale (41km from the city), park behind the station which marks the official start of the track, and then hike from there and get the bus back to Lilydale. Alternatively, you could do a car shuffle.

There is a regular bus service along the length of the trail so public transport is a good option.

Hiking The Warburton Rail Trail in Two Sections in December

This is probably the most traditionally scenic and ‘hikey’ section of the track. From the trail head behind Warburton village, you make your way past the back of the last of the towns houses and then you’re surrounded by lush greenness, with only the slight swoosh of traffic passing by below on the Warburton Highway. You’ll occasionally spy the Yarra—clear but tea-stained and flowing up here in its upper reaches.

Eventually you’re deposited next to the CFA facilities in Millgrove, with its evacuation point signage everywhere. A stark reminder of the Black Saturday fires that burnt nearby a few years back. (And, as I write this in January 2020 a reminder of what’s going on across Australia right now.) 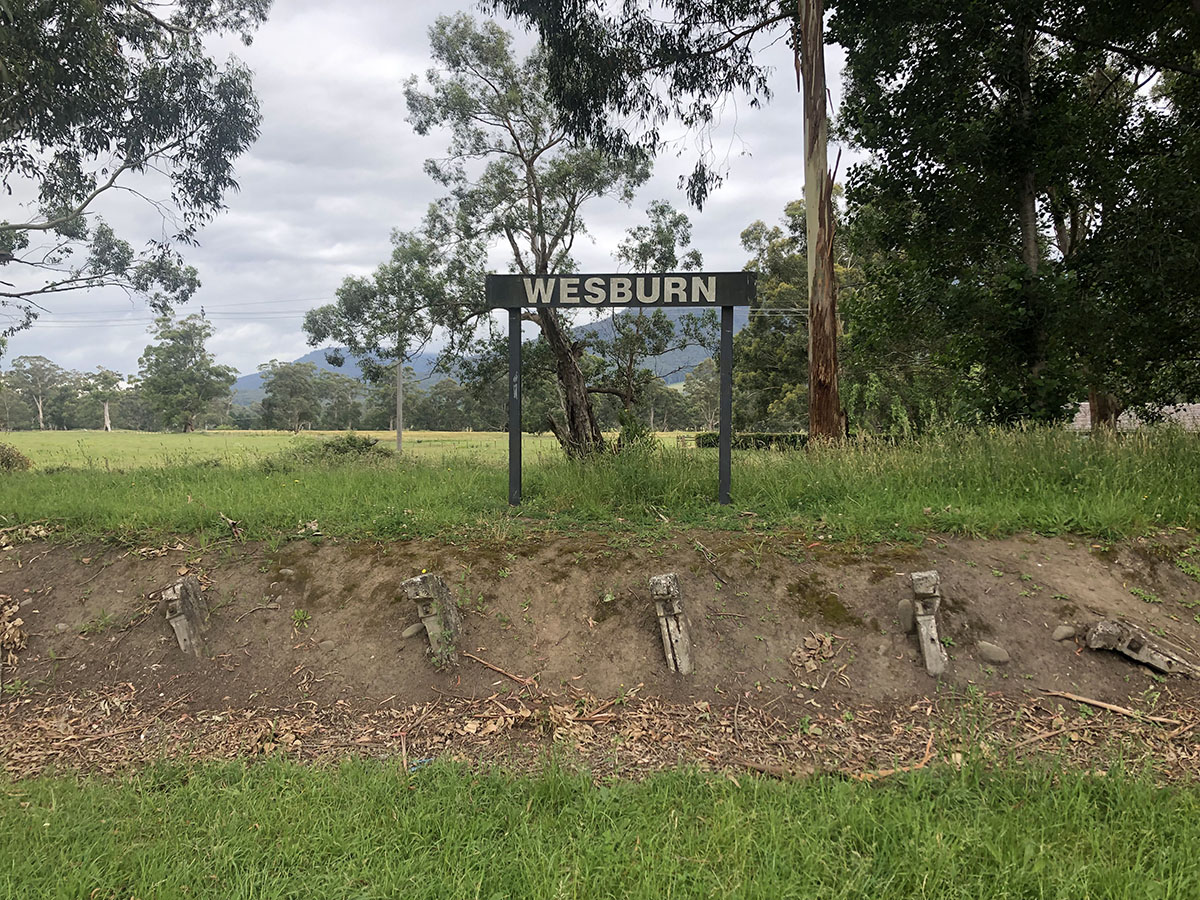 Literally as you cross the road in Millgrove you leave the lush forest of the first stretch behind and farmland emerges broadly before you. And with the farmland—and farm animals—come the flies. I hadn’t packed any insect repellant on this occasion and immediately regretted it. The morning had started out cool with a little drizzle. By now there was not a breath of breeze and the sun was out. And so where the flies. In their millions.

This section afford wonderful views back towards the Yarra Ranges National Park. 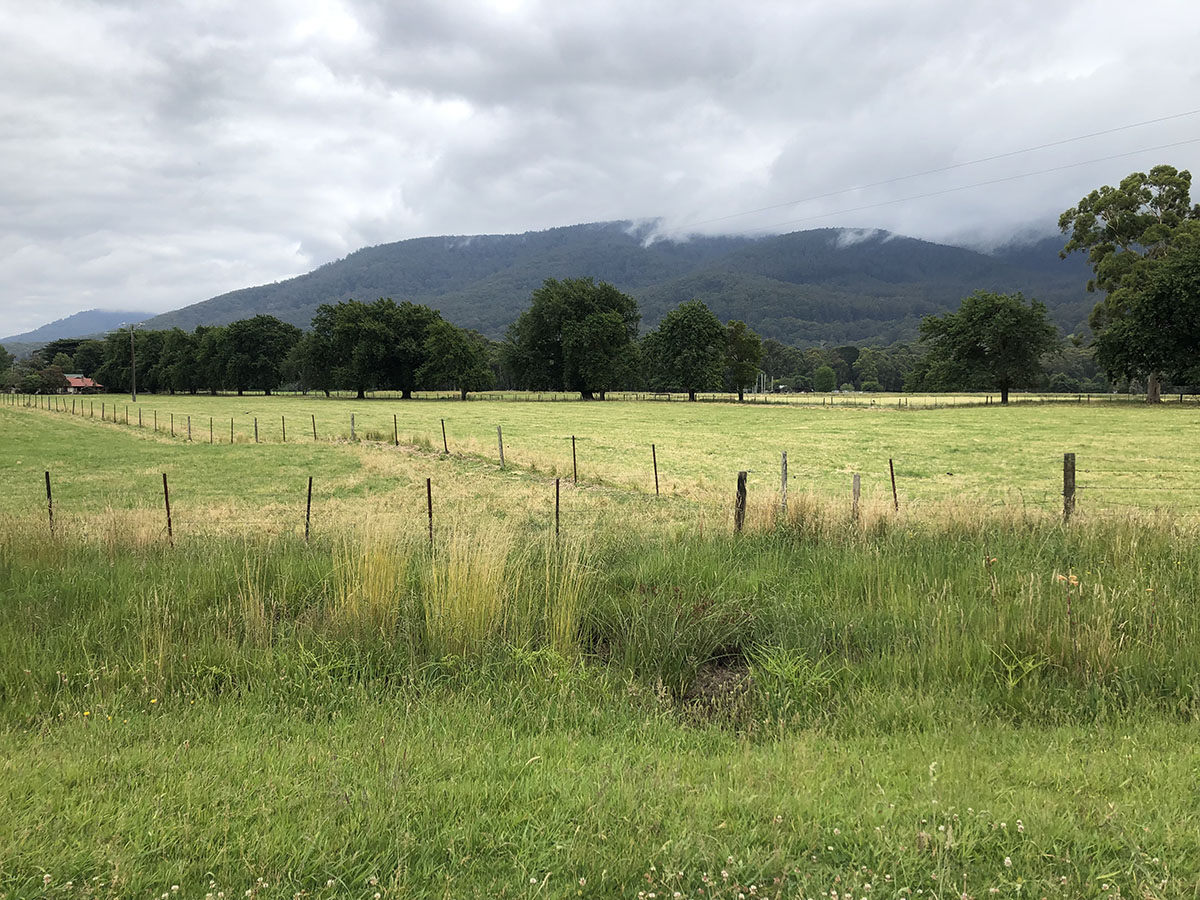 I stopped in at Yarra Junction to grab some insect repellant and a couple of bananas at the local Woolworths. Yarra Junction is a well-serviced little town with a popular playground area and public swimming pool. The old station is now a museum—run by volunteers, asking for a gold coin donation.

Soon after leaving Yarra Junction you cross the Warburton Highway. From here, you pass through Launching Place. The name is said to come from the region’s history in logging. They use to ‘launch’ the logs here and float them down the Yarra all the way to Melbourne for milling. I got this information from Wikipedia, so don’t quote me. 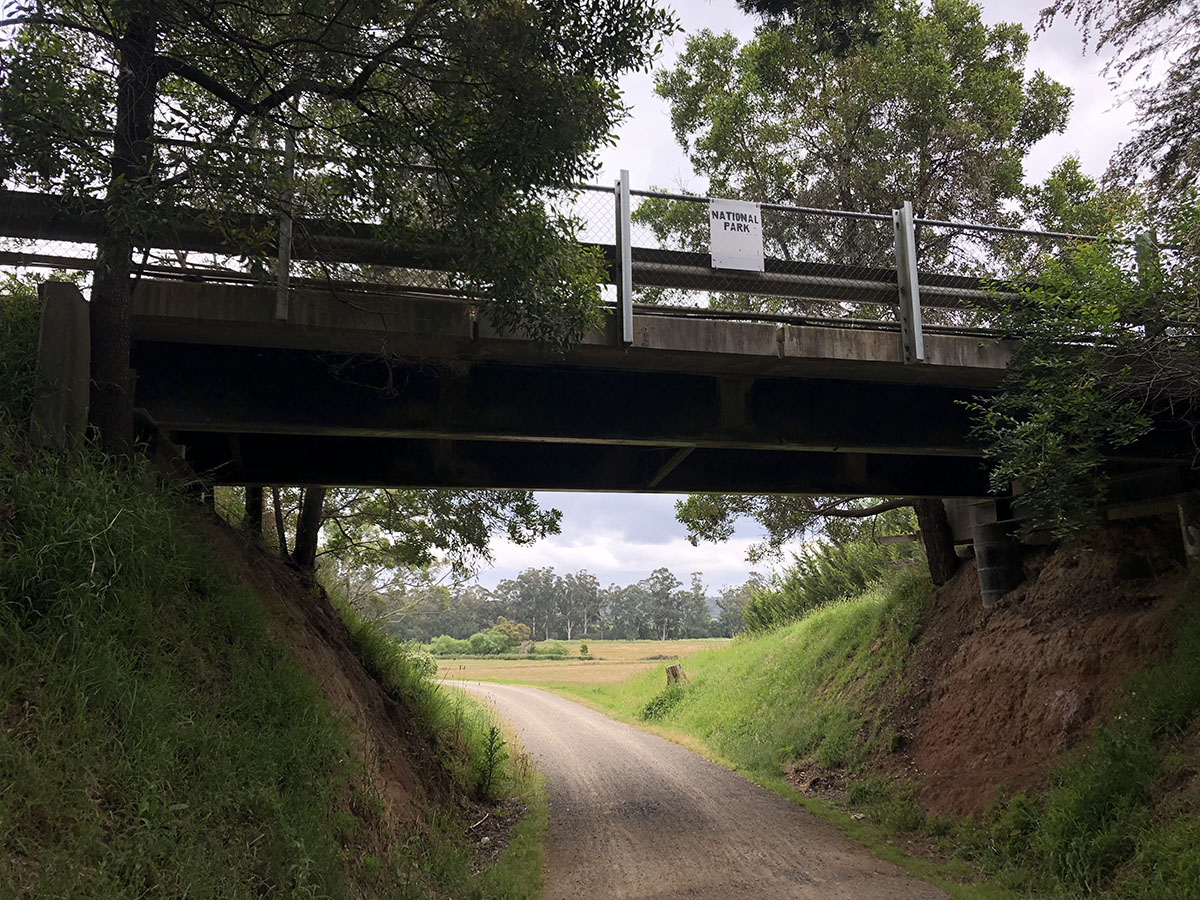 I didn’t stop in at Woori Yallock, despite loving the name, as by this stage I had started to slow down and just wanted to get to Seville for a spot of lunch and to make a decision as to whether I would complete the track today or pull out. That’s the beauty of the Warburton Rail Trail—you’re never too far from the Warburton Highway and public transport services. You can start and finish the track pretty much anywhere along its length.

I ended up running a few sections between Woori (do I sound like a local?) and Seville. To mix things up a bit and to make up some time. I got many a weird look from the local cows. Maybe it’s my running style.

The last stretch before Seville has an uphill. It’s gradual—of course it is, it’s a rail trail—but it’s noticeable. Here I got overtaken by a couple of dozen happy retirees on their bikes. I bumped into the group in Yarra Junction and it appeared they were heading back to their cars packed in Seville. There is some picnic benches behind the old Seville train station platform which is a great spot to have a break.

Over the sound of the crunch of gravel underfoot gunshots could be heard. Just to remind you that despite the regions proximity to Melbourne and accessibility, life is rural out here. The odd hare darted across the track, giving evidence to the purpose of guns out here. Rabbit stew, anyone?

I passed the car park where my grey-haired track friends had parked and the Carriage Cafe appeared before me. In my group post many were raving about this cafe. I didn’t end up stopping at the cafe as according to Google Maps they were about to close. I followed the Wandin Yallock Creek Trail from the cafe to the centre of town, grabbed a few supplies from the supermarket, and enjoyed a well-earned bite of lunch at the reserve. After sitting still for half an hour or so, and on looking at the time, I decided to call it a day. I was sore.

I grabbed the next 683 and headed back to Lilydale.

I did the first stretch on the Thursday. I was keen to finish the track so found myself at Lilydale again three days later. This time we had driven up to Lilydale. We left the car and caught the bus up to Seville with the intention of walking back to Lilydale. 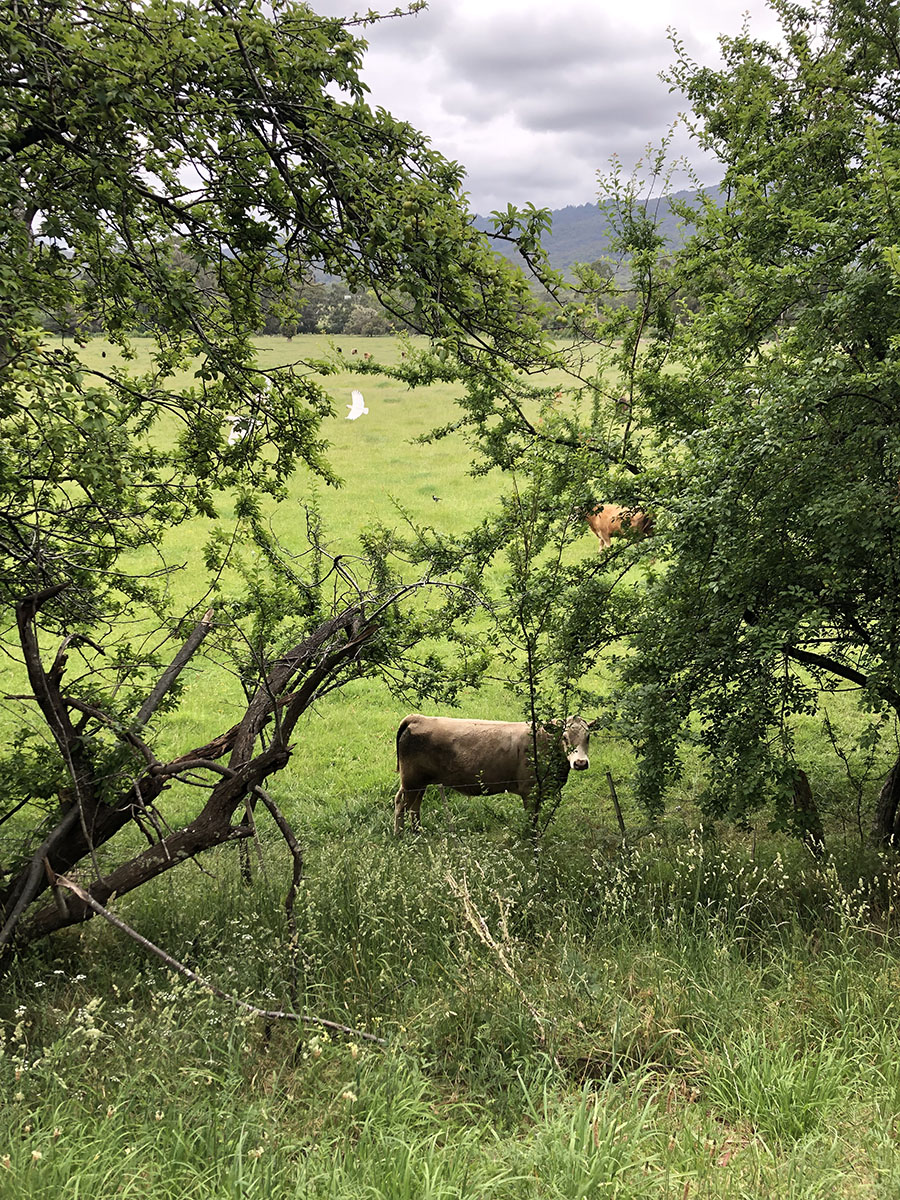 This section was distinctly more wooded than below Warburton. And there were more people on the track, and more houses surrounding it. By the time we arrived at Mt Evelyn we felt like we had reached the outskirts of suburbia. We had, really. 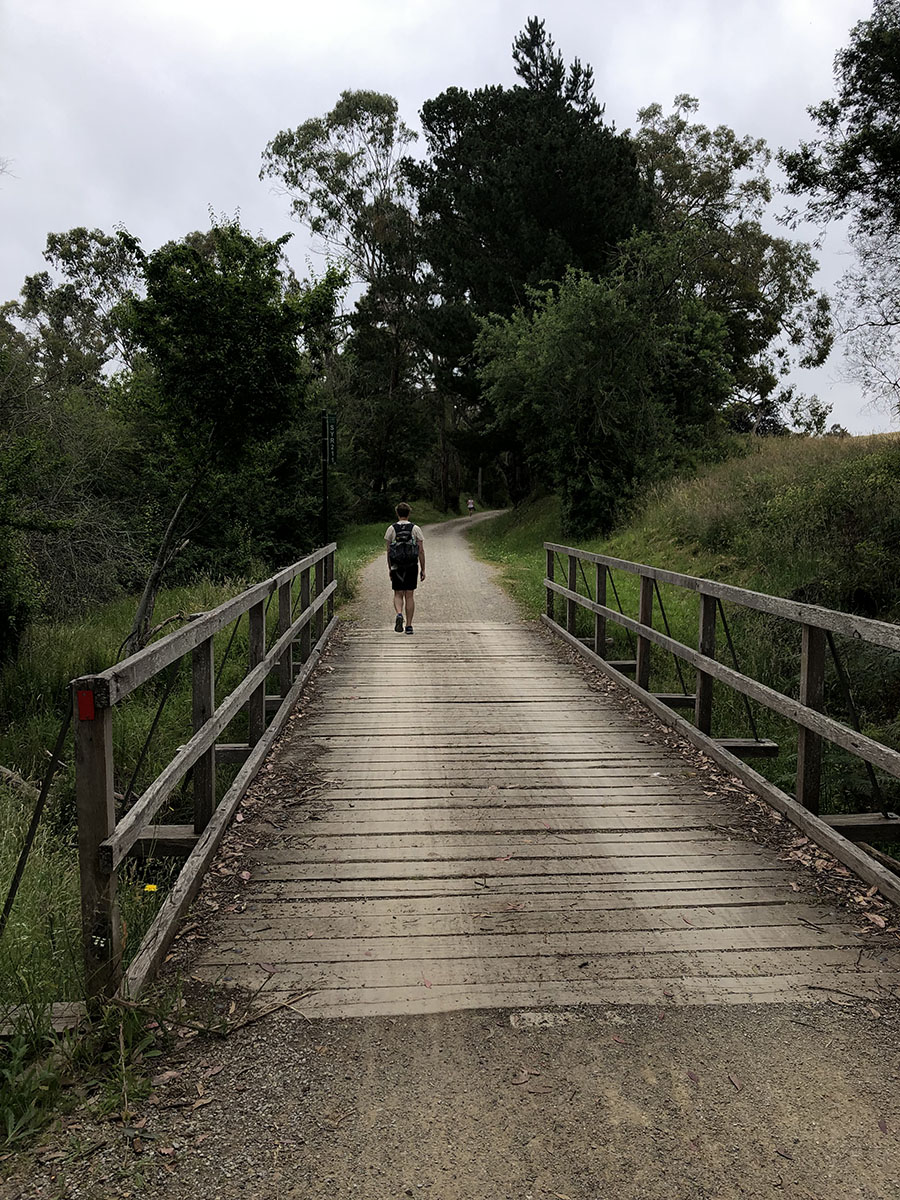 The old Mt Evelyn Station is in the heart of the town, so there are shops and playgrounds everywhere. Families enjoying the afternoon. Dogs off leash. It felt civilised. It felt like we were almost done.

Once you pass through Mt Evelyn you can feel gravity kick in and pull you down. You start to descent toward Lilydale.

The track is surrounded by reserve, but beyond that streets of houses. I couldn’t help but feel a tinge of envy for people that live in this area, having the track on their back door step.

The final stretch of the track takes you over a high-sided bridge over the Maroondah Highway. That whoosh of cars is back, but louder. The track continues on and forms an arc back towards the highway and the existing Lilydale Station. I’m not sure if this is exactly the original course (see the map below). 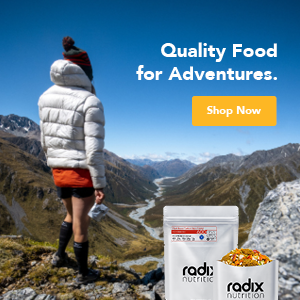 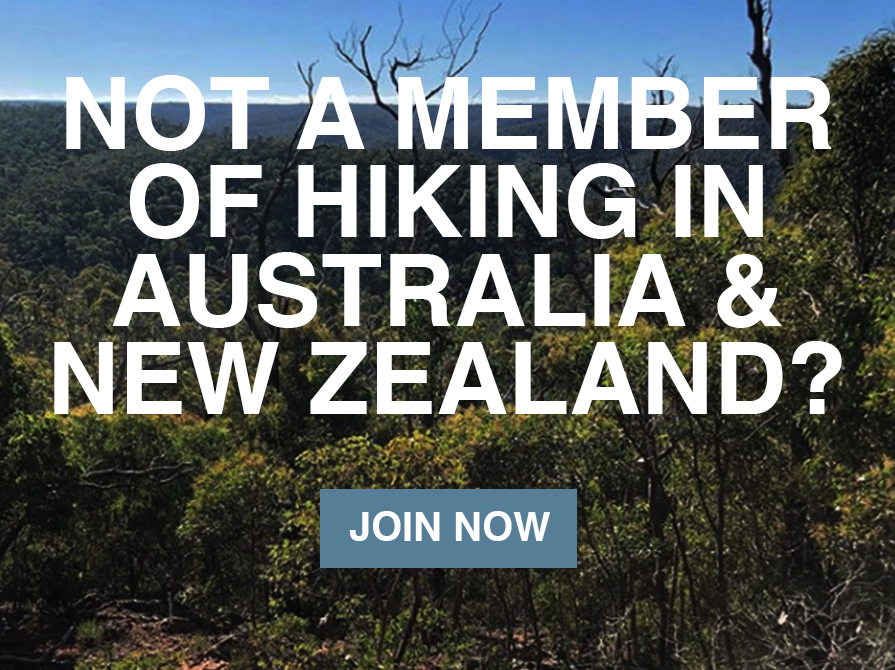 Disclaimer: Hiking in Australia & New Zealand has partnered with a number of affiliates and receives a small commission if you purchase via an affiliate link. Note: any product reviews featured on this site represent the honest opinion of the reviewer. If we don’t like the product, we’re going to tell you!